With the documentation I gave them, I thought it was an open-and-shut case. I found out. The college cleared him of wrongdoing after an investigation. Doctors largely regulate their own professional standards. In Canada, provincial medical colleges regulate doctors. Surveys show that Canadians generally do trust their medical professionals, but there has been surprisingly little research on how patients judge whether they are in the hands of a good doctor.


An Irish study in found that personal characteristics such as being a good listener and friendliness, as well as professional competence, were important to patients. But the appearance of beneficence is occasionally misleading. In fact, a person completely without conscience may be charming and persuasive. Such a person can make sophisticated use of deception to conceal their motivations and advance their self-interest. Of course, patients should have agency over their judgment on whether their doctor is a person of conscience, but we cannot leave them completely to fend for themselves.

We have some data on what draws people to become doctors. While 85 per cent of first-year Canadian medical students identified the doctor-patient relationship as a factor that influenced them to select a career in medicine, 28 per cent identified prestige and 53 per cent cited earning potential.

Being attracted to prestige and money does not make someone a bad doctor, but it creates a moral vulnerability. Those trappings of power are ubiquitous in medicine, and they create temptation.

Furthermore, if a substantial proportion of doctors are receptive to those temptations, a culture could develop in which unethical behaviour is normalized. Because of this, disrespect and cynicism shown by senior doctors can spread like a contagion. What if a doctor were only motivated by the trappings of power? What if a doctor were competent and effective, but had no conscience? Because wrongdoing on the part of one doctor can undermine public confidence in the entire profession, doctors have historically enforced their own professional standards.

These colleges are run by senior doctors and part of their role is to discipline doctors whose actions amount to conduct unbecoming a physician.

Both colleges and hospitals have a duty to protect patients and the public from a physician who is likely to harm them, but acting without conscience at work is not always viewed as a red flag. Toronto-based doctor Gideon Koren, for instance, wrote anonymous poison pen letters to colleagues, then denied having done so.

He almost got away with it, too: His downfall was licking the envelopes, leaving the DNA evidence that ultimately outed him. In reprimanding Mr. Neither SickKids nor the college viewed his indifference to his breach of trust as a sign he could harm patients. Koren continued to oversee Motherisk , a SickKids program whose flawed drug testing destroyed families. He has subsequently resigned his medical licence while under renewed investigation. Another SickKids doctor — Charles Smith, a pediatric forensic pathologist — was referred to the college three times between and , with little impact on his career.

His reckless expert opinions had resulted in two innocent mothers being charged with killing their own children. Instead of expressing remorse for the suffering he caused , Mr. The college and the doctors supervising him protected Mr. Smith instead of the public.


It took 14 more years — and more tragedies — before Mr. Smith was exposed. By then, his expert opinions had led to multiple wrongful convictions for child murder. Despite having put the public at risk and damaged public confidence in our medical system, the medical leaders who shielded Mr.

Koren and Mr. Smith have never faced cross-examination in court, leaving unanswered questions about their motivations. Nevertheless, the independent investigations into these cases point to how doctors acting without conscience can flourish in our medical culture: these doctors cultivate close relationships with those who supervise them, entangling and enlisting leaders in their damaging agendas. This may explain why hospital and college processes can perform so poorly in policing the problem, and why, other than in Halifax , the medical community has remained largely silent about it.

This problem cannot be dismissed as limited to SickKids or Halifax.

riddurudear.cf Key players from my case doctors and health-care leaders went on to hospital leadership roles in Alberta, Saskatchewan and Manitoba. Three past presidents of the Canadian Cardiovascular Society testified against me at my trial. Three players remain professors at Dalhousie University, role models for future doctors. Crucially, not one person involved in that campaign has formally expressed remorse to me. We do not know how many have subsequently served on college panels disciplining other doctors, as this information is not publicly available. 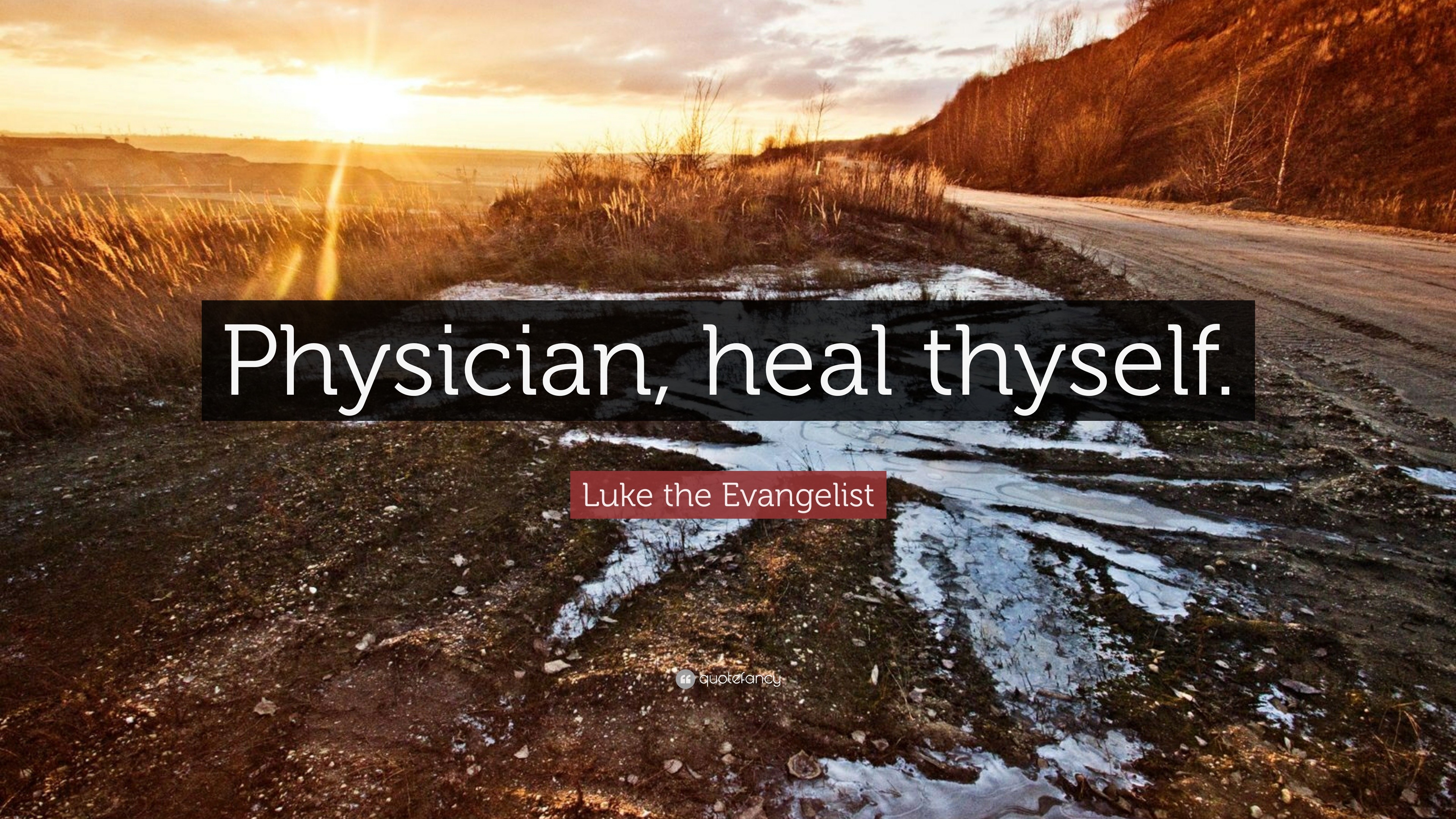 We should be concerned about doctors who act without conscience at work, particularly because such doctors can evade accountability. We need a frank public discussion about what Canadians expect of their doctors and those who lead their health care institutions. Such doctors have the potential not only to damage the lives of patients, the public and colleagues directly, but they may shape the thinking of morally vulnerable doctors and future doctors around them, through their not-so-hidden curriculum: that acting without conscience is a path to success.

That should worry us all. Since my ordeal has ended, I have been blessed with a second chance to help build a better future for patients with heart disease. Some of my colleagues have made it possible for me to start a new research program in an area unconnected to the loss and despair of the past. These colleagues who were not responsible for what happened, but are doing what they can to right a wrong, they are acting with conscience. So am I. That means telling my story so that it can offer lessons and spark debate; wisdom grows from the winding together of many voices.

But five years later, as a consultant, I saw him again; he still believed he had glaucoma, and was now on two types of drop — but still had full visual fields and healthy discs! So, at various points in the past, his physicians had decided he required treatment, undoubtedly on the basis of a mixture of knowledge and feelings.

The mixture might have included the following propositions: IOP is the only modifiable glaucoma-associated factor; doctors have an obligation to protect their patients; the doctor feels the patient is at risk of glaucoma, and so on. Similarly, our decisions regarding surgery can sometimes be difficult to fully defend. Trabeculectomy may save vision in many cases — but, given that trabeculectomy studies typically have only a year follow-up, we have not quantified its lifetime burden of harm. For example, we know that the risk of post-trabeculectomy blebitis and endophthalmitis is life-long, and that the results of such infection are usually blinding.

I personally have seen cases of infection and blindness several years after trabeculectomy. Cruelly, sight loss typically occurred in the eye that had the fullest visual field and healthiest disc. And I have to wonder how many myopes with tilted discs, borderline pressure, and stable, non-progressive visual field loss have undergone trabeculectomy unnecessarily. My view is that a potentially blinding operation in an otherwise stable eye should not be considered lightly; indeed, there is a significant risk that the operation will result in loss of vision far quicker than the natural history of the disease itself.

Regrettably, the last 30 years have seen no significant reduction in glaucoma-related blindness in the UK See Table 1 , despite the introduction of new treatment approaches. It seems that our best efforts make little difference to the overall glaucoma burden. Part of the issue, I believe, is continued over-reliance on pressure control for glaucoma management, despite evidence that the correlation between IOP and glaucoma is somewhat weak unless pressure is over 30 mmHg or secondary glaucomas , and has no simple direct genetic basis.

Repeated studies and personal experience show IOP is not a great guide to predicting who will progress. Another part of the issue is the unreliability of the criteria we use to diagnose and monitor glaucoma. The situation is improving, in that automation helps provide more objective readings — but we must remember that even computerized systems are limited by the dataset on which they are based and by the algorithms they use for image analysis. Furthermore, automated technology remains susceptible to sources of error, such as tilt and variation in the shape of the eye or the disc.

As noted above, what we really need is a means of identifying patients at genuine risk of significant glaucomatous progression and visual field loss in their lifetime. Absent this, the emotional drive to treat all those who might be at risk of progression — in the context of a disease with a year timescale — will lead to new dilemmas and cost pressures, particularly given our ageing demographic.

For example, when should treatment start: immediately, or at a certain threshold of field loss, or at the earliest nasal step, or when the patient has decided their individual risk profile justifies potential side effects?

Not all is lost, however. While waiting for the development of genuinely useful predictive tools, each of us can immediately take steps which, albeit relatively simple, could make a significant difference see box "Glaucoma: exceptional real cases". I hope that reflection on the points I raise here will result in a new approach to glaucoma patients. For example, consider how most of us conduct consultations; the majority of our patients are relatively routine cases, and so we dispose of them with rapid, simple consultations, thereby saving our time and energy for the more difficult cases.

But we need to take the more difficult road, if we are to provide relevant, personalized care over time-periods that are meaningful to the patient. Not least, we need to better understand our patients; indeed, I suggest that the patient should do more talking than the doctor during the consultation.